We believe that the truly special thing about Pesach is how it manages to be both traditional — we read the same story that our ancestors have been reciting for millennia — and personal, with each of us making the Seder our own by incorporating our own interpretations and interests into the timeless tale of the exodus.

In the past there may have been special quarters where within the ghetto’s gates, Jewish home cooks created dishes that allowed them to keep kosher and to keep the Sabbath, including an abundance of dishes served at room temperature, cooked on Friday mornings, to be eaten at Sabbath meals without the need to turn on the stove.

Many of us have already planned their extensive purchases for the coming weekend and are already busy with the preparation of those special days.

This coming weekend is the most special weekend of the year. It shall be a special time having those whom we love around us to remember that special moment the Elohim liberated His People and provided our hope for the future.

The first day, Nisan 14, we remember how rebbe Jeshua came together with his close friends to prepare for the Passover Pesach. The evening they came together was not only to prepare for the ritual performed by their community, involving a retelling of the story of the liberation of the Israelites from slavery in ancient Egypt.  That night became very special, because of the acts Jeshua did.

Traditionally, families and friends gather in the evening to read the text of the Haggadah, an ancient work derived from the Mishnah (Pesahim 10 or Arvei Fesachim). It is concerned mainly with the laws of the Jewish holiday Passover as well as the Passover lamb offering.  But now Jeshua presented an other sort Lamb, which would be a lamb slaughtered also for non-Jews and non-religious people, so that they too could be liberated.

On Nisan 14 Jeshua took bread and wine and told his close friends it would be symbols for ever to remember that a New Covenant was made, this time by Jeshua his blood and his flesh to be offered as a payment for the sins of all people. He asked those around the table to remember that night and to go out in the world, preaching the Good News and sharing the breaking of the bread and drinking of the wine as symbols of the New Covenant.

Let us look forward to those days of remembrance and share the peace with each other in our loving hope of our liberation and future entrance in the Kingdom of God.

11 gedachten over “The Most special weekend of the year 2018” 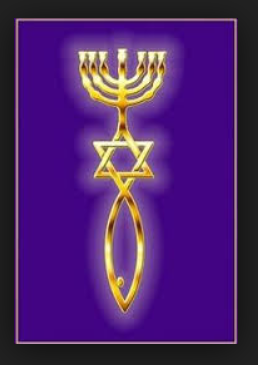 In times of flooding and other miseries

The summer of 2021 brought an enormous flood over Belgium and several other Western European countries. This weekend, the Torah brings a line of help as Tree of Life or Etz haChayim.

Bereshith 4 shows us what can go wrong when we have no good intentions and when our heart is not pure and honest in our actions.

Elohim avoiding man to violate His other commandment

What if the man might take the fruit from the tree of life, would eat that fruit and will live forever?

Conscience, seeing good and bad, having to face punishment for misdeeds

It is not about a Devil’s Delusion but about man’s delusion and human escape from his own responsible choices.

Three Weeks of sadness but also of hope

From June 27 until July 18 2021, thinking of exiles, misfortunes and calamities for the Jewish people. Mourning for sad events but also looking forward with the hope of God’s promises.

Letting the Voice of God providing me with Advanced Weaponry

All our life we must strive for more and more perfection and prepare our way to come in front of our Most High Elohim. Let His Word be the best Guidebook we’ll use every day.

Bringing over with a voice

Several of our people may be afraid to come outside and to come to speak about the Elohim Hashem Jehovah. Nothing should stop us to tell others about our great love the Most High Elohim. We must make God’s Voice resound over mountains and valleys and give it all glory and honour.